Keys to Indigenous youth and adult education in Latin America: Lessons learned in the pursuit of social literacy

The article summarises a study on the situation of the education of indigenous youths and adults in Latin America. Although its scope pretends to be regional and comprehensive seven case studies are taken as points of departure for the analysis; those of Bolivia, Peru, Ecuador, Guatemala and Mexico, traditionally regarded as the ‘most indigenous’ countries of the region, in contrast with other two – Brazil and Nicaragua –, where the presence of indigenous populations is less influential in everyday social life. The lessons learned through the implementation of youth and adult literacy programmes in these countries open up possibilities for an analytical display of relevant issues and conditions that ought to be taken into account in youth and adult educational programmes and by extension in the education of Indigenous populations in general, at a point in time where, as a result of their struggle towards social emancipation, Indigenous individuals and collectivities are gradually becoming subjects of law, and the times when they were merely considered as objects of Latin American public policy are being overcome. It is argued that in such a context a further step needs to be taken where the education of Indigenous populations becomes a national issue and thus implies the concern of everybody. This move would imply the interculturalisation of all Latin American nation-states and consequently of their educational systems. 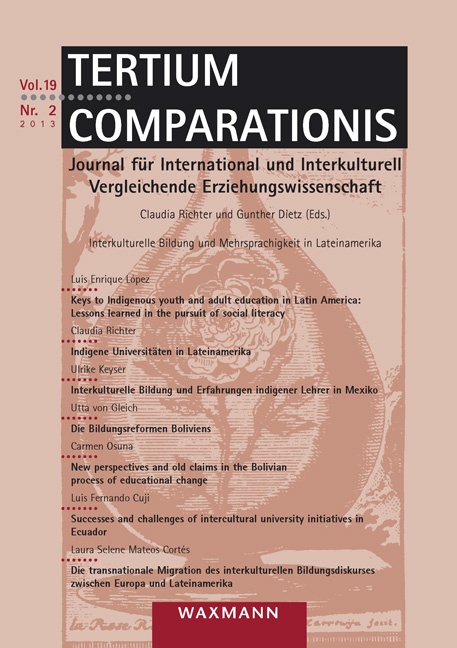