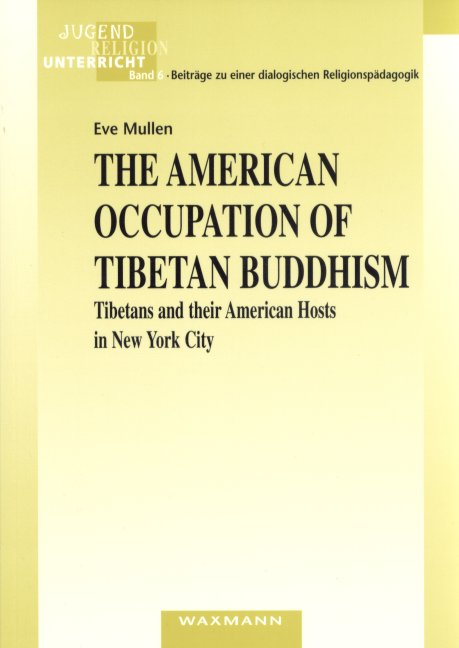 The American Occupation of Tibetan Buddhism

Tibetans and their American Hosts in New York City

An exploration into the new Tibetan Buddhist religious community in New York City is an exploration into the community's involvement in the larger political environment. Eve Mullen openly and frankly analyses the ongoing adaptation by activist-oriented Tibetan Buddhist transnationals to North American society and recognizes a public "occupation" of a Buddhist tradition partly based on American, sometimes romantic, interests and conceptions. The study differentiates two major Tibetan Buddhist traditions in New York: one which tries to match the expectations of popular Buddhism and a second which expresses the needs of the Tibetan ethnic minority. Mullen outlines the validity of innovation to religious traditions and points to the necessity of change.

This study of religion in transition bears strong implications for the discussion, especially in Germany, on religious studies (Religionswissenschaft) and the teaching of religion (Religionspädagogik). Mullen's book has become a valuable key in answering the question of how Buddhist traditions and people who are Buddhist can be understood better. It provides a basis on which the teaching of religion in a multicultural and multireligious classroom must be conceptualized if it is to integrate Buddhism and the religious lives of Buddhist community practitioners.

Eve Mullen`s book is an important contribution to the field of religious change and intercultural encounter. All those interested in either questions of religious change or in Tibet and Tibetan Buddhism, whether as practitioners, scholars or interested lay people, should take notice of its results.
Adelheid Herrmann-Pfandt in: Numen, Vol. 52 (2005), S. 506.