Claim, Reality and Perspectives of the Overall Strategy of the KMK

The overall strategy, which was enacted by the KMK in 2006, describes essential issues of an evidence-based educational policy, based on the nationwide educational standards enacted in 2004/05 and the hence continuous testing of the achievement of these standards. Central elements of this strategy have been frequently criticized with different arguments. They focus mainly on the question of usefulness of the results of large-scale assessments like PISA and TIMSS, but also of the comparisons across the federal states by the Institute for Educational Quality Improvement (IQB) and the implementation of nationwide comparative testing. The article analyzes the different argumentation patterns and deals with the shortcomings regarding acceptance, transparency and transfer of this strategy, which have been deplored by the critics. Finally, it develops some proposals regarding the topical discussion process about the further development of the overall strategy. 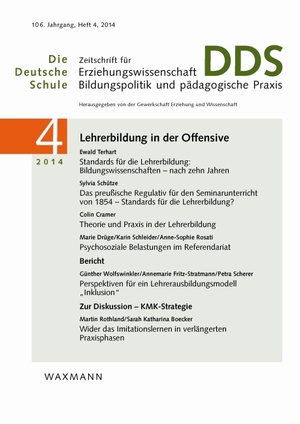