The article provides research results of an investigation which deals with the reliability of the special education intake procedure (SEIP, in German: ‘Hilfsschulaufnahmeverfahren’) in retrospect. The historical-comparative project analyzes student reports from the Federal Republic of Germany (FRG) and the German Democratic Republic (GDR) during the period 1958 to 1978 in order to determine whether the final schooling decisions about the ability to attend primary school or the need for special education were reached consistently in the SEIP, or whether they instead reveal inconsistencies. Based on a theory of objects the latter are understood as the idea of a ‘borderzone’ (Link, 1997; Treptow, 2009) and are looked at from the perspective of social constructivism (Berger & Luckmann, 1969). In the overall project it is methodologically concretized by Wittgenstein’s (1958) family resemblance approach and in this partial study at hand methodically by the analysis of selected case examples (Gerhardt 1986; Fatke, 2013). The research results presented in this article comprise general relations between the forms used for documentation during the SEIP and the contemporary historical context as well as the comparative analysis of the selected case examples. Ultimately, through the collection of the gained findings predications about the reliability of the SEIP can be made. 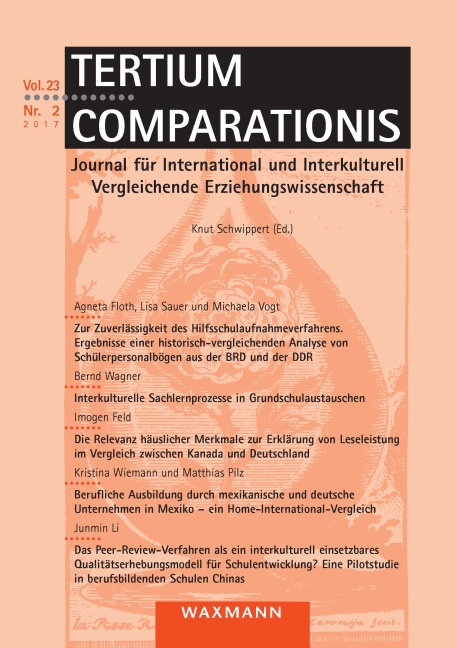