Global Citizenship Education (GCE) is often seen as the best response to contemporary global humanitarian, social and political challenges. Yet despite this newfound popularity, GCE remains a contentious and widely debated concept. Critiques have stressed the abstract and elusive nature of the notion, its lack of concrete legal framework as well as its bias towards a Western, neoliberal and consumerist agenda, which is not devoid of colonial undertones. This paper seeks to address this latter tension by examining GCE through the lens of global imaginaries, which looks at imagination as a new social practice, capable of generating transformation and change. Building on the work of Paul Ricoeur, in particular the ideas of utopia, imagination and social imaginaries, this paper aims to offer new conceptualisations of GCE around the notion of global imaginaries, in an attempt to overcome the dichotomies that tend to underpin the concept. 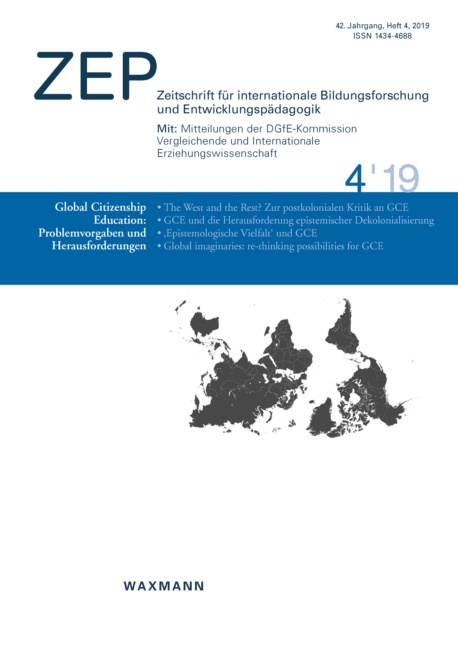