School is in many ways involved in processes of inclusion and exclusion. Not only does it regulate later access to social positions which then determines possibilities of participation in different social systems, it also relies on measures of in- and exclusion within the context of school discipline. Drawing on a relational understanding of social space and theoretical concepts which highlight the role of spatial orders for pedagogical discipline, the current article presents findings from a study on disciplinary practices within schools situated in marginalized urban areas. By applying the documentary method of interpretation, it reconstructs two different forms of exclusionary practices with regard to disruptive pupils being labelled as 'special needs children;' one which relies on and intensifies given exclusionary structures while constructing pupils as notoriously deviant subjects. And another contrasting form which strives to alter spatial routines of discipline in order to mitigate their exclusionary effects, while constructing disruptive pupils as children in need of pedagogical support. Ultimately, in both cases the historically rooted and long-established spatial order of school proves to be stable. This article then concludes with reflections on the role and connection of space, social marginalization, inclusion and exclusion in disciplinary practices at school. 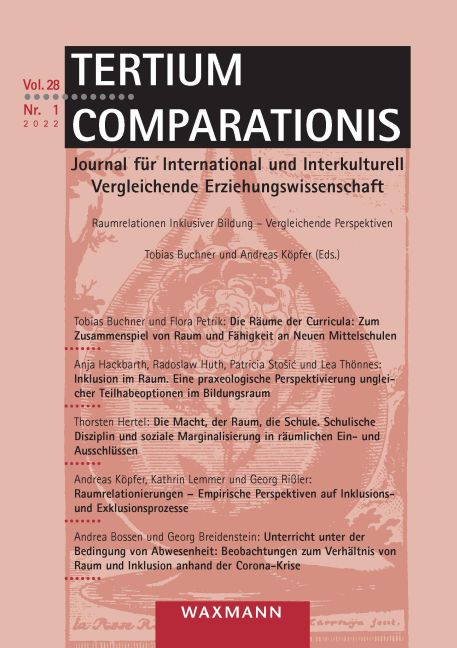