When the global comes crashing in – A chance for GCE? Reflections on teaching refugees in ethics instruction in Berlin

Based on an ethnographic study in Berlin’s secondary school ethics classrooms, the author presents two scenarios that describe how teachers responded to and were challenged by the large influx of refugees that arrived in Germany during the summer and fall of 2015. Specifically, the narratives show how a male teacher’s effort to engage his students in a positive exchange with refugee students was challenged by the constant criticism of refugee students by another teacher. The second portrayal describes how a female teacher, in reflecting on her engagement with refugee students and her regular ethics classes, came over the course of an interview to see (religious) diversity as an important aspect with which to engage students in her teaching. Overall, these two examples show how students’ experiences of learning about diversity, citizenship, and the global depended considerably on whether or not teachers saw diversity as an opportunity for learning or something requiring discipline; in other words, whether a global geopolitical crisis was treated as an opportunity or a catastrophe. 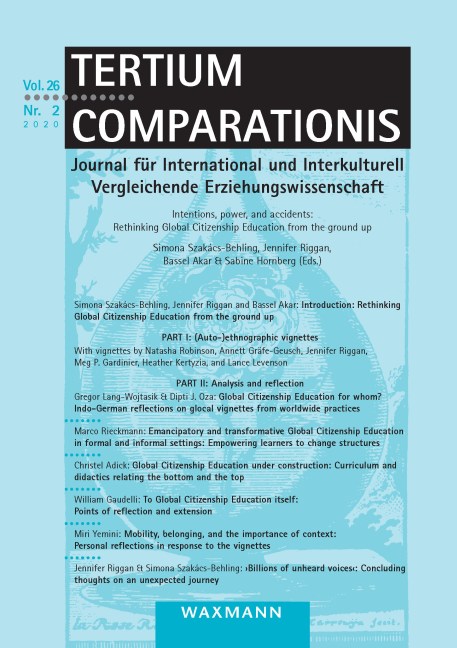