Drawing from historical comparative transfer and reception studies, this contribution discusses the concept of ‘reference societies’ with regard to a historical case study. In the focus of attention is a reform process undertaken in Chile at the end of the 19th and beginning of the 20th century in school and army, which is oriented almost exclusively towards Germany. For this purpose, the article first discusses the processes of semantic selection, interpretation and transformation of German ideas and programs by the Chilean actors, while considering the domestic and foreign policy problems, as well as in particular social-psychological operations such as anticipation, suppression, identification and projection. Based on this case study, the article illustrates the fully constellation- and situation-bound and therefore ephemeral character of reference societies. 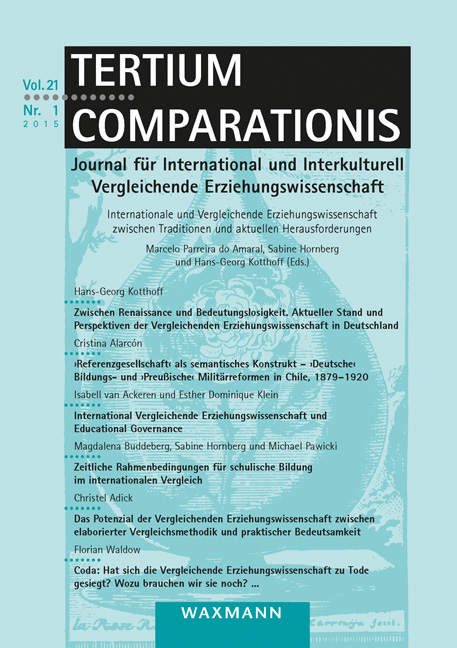