The study of folk festivals in the postwar period and in the aftermath of the construction of the Wall in East and West Berlin shows that knowledge of history and regional traditions were increasingly used in the inception of these festivals, in order to enable the construction of a presence that had to be newly built. The concept of “home“ played an important role in this context, but was interpreted differently against the backdrop of the political systems. The comparative analysis of three festival examples points out that – despite all the differences in political objectives and, despite the different composition of the organizers – the display of the “own“ and the “foreign“ culture was based on similar forms: Everything foreign in time or space was transformed in one’s own and familiar by its representation and display, whereas vice versa the familiar was alienated through theatric strategies and charged with new meaning. 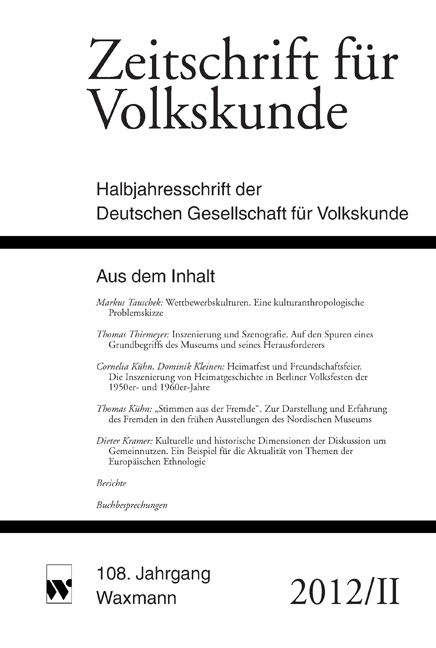