Even in the face of the obvious popularity of the concept of rhythm and related notions in various sectors of the society, this article argues for a more detailed ethnographic analysis of ideas and practices of rhythm. In contrast to holistic (often essentialist) conceptualizations a multi-perspective research agenda which focuses on concrete phenomena and their integrations may identify potential for extending as well as for narrowing down the repertoire of available action, perception and interpretation opportunities. A particularly insightful research field is the sector of rhythmic education, advancement and conveyance – not least because here the obviously basic social belief is manifested and institutionalized, that rhythmic movement patterns do not only play an efficacious role in the development of cultural forms, their consolidation and their change, but also have to be practiced, strengthened and reinforced accordingly. At the example of so-called rhythm sets which are an established requisite of music education as well as everyday objects of early childhood education this contribution shows how different, (seemingly) competing conceptualizations of the rhythmic are combined, how explicit and subliminal models and practices of rhythm education are enriched with further meanings, but how they also unfold qualities which are – in the physical realization and manifestation – constitutive for culture. 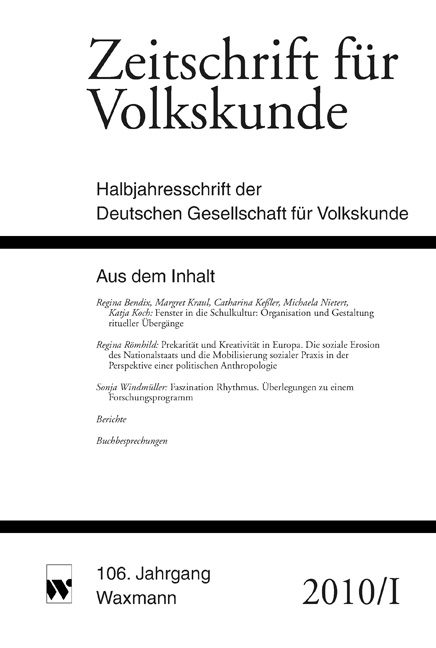