A wide range of new expressions of nationalism can be observed all over Europe during the last two decades. Ethnic conflicts in new nation-states as well as the rediscovery of a traditional repertoire of national themes and the rearrangement of a homogeneous national history, are mighty developments in the wake of the collapse of the Soviet Union. Thus, thinking about “new nationalism”, one first of all tends to look at the “Eastern” part of Europe, whilst ignoring that the national has been rediscovered and reinvented in multiple forms also in the “Western” countries since the 1980th. The hype about “cultural heritage”, the book collections on national commemoration sites, debates on German “Leitkultur” and new forms of racism are some examples of this new discovery of the national in political rhetoric, mass media and everyday’s culture. German reunification was one particular context which led to novel political strategies and cultural practices of “nation re-building” relying on national myths, modernized self-images and re-written national histories. By sketching the different contexts of pluralisation and informalisation of the national since 1989, this article suggests to follow the rich research on cultural nationalism which was conducted until the 1990th. In deconstructing the different national identity politics by the means of a comparative and transnational approach, such a reorganized research on nationalism will be fruitful for several research fields, such as remembrance cultures and history politics, migration and the politics of Europeanisation. Thus, focusing on renationalization processes in East and West will raise new questions on current policies of governing by (national) culture which – in the West – does not always address the downsized nation-state, but paradoxically helps to replace it by a neoliberal vision of a community of entrepreneurial, “activated” citizens.
Keywords: nationalism, German reunification, identity politics, cultural heritage, remembrance cultures 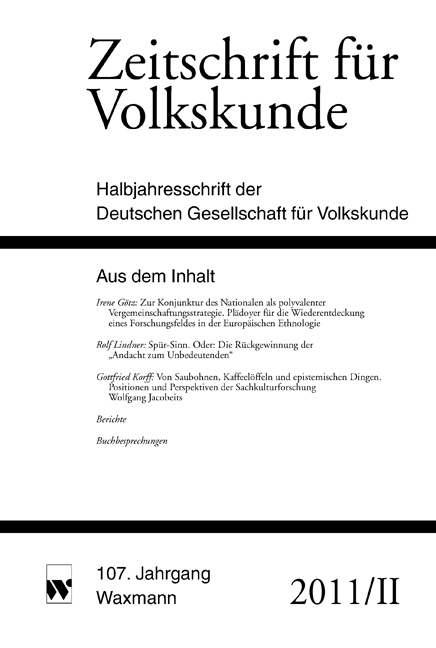