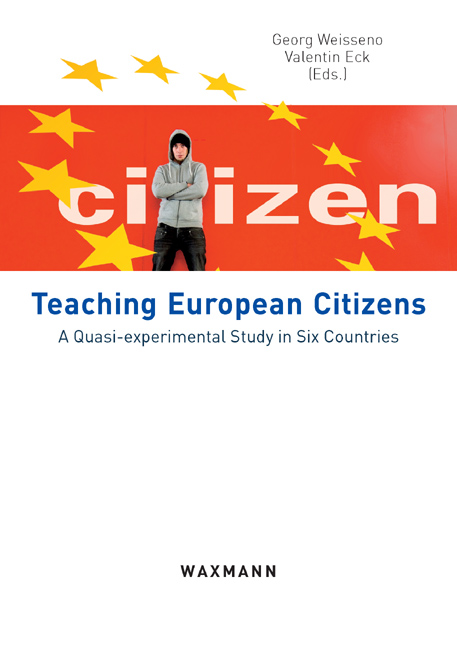 A Quasi-experimental Study in Six Countries

In the framework of the EU-funded project TEESAEC, an instructional research project was conducted in six European countries (Austria, Estonia, Germany, The Netherlands, Switzerland, United Kingdom).

In the quasi-experimental study, an innovative series of lessons on the European Union was introduced into politics lessons in the form of a WebQuest. The intervention study aimed to determine whether the problem-based learning environment WebQuest leads to greater cognitive outcomes as compared with traditional lessons in politics. Knowledge increase was assessed in 14 to 16 year-old students by means of a knowledge test applied before and after the intervention. The test items employed in TEESAEC cover basic (literacy) competences which are of use in situations in which concrete political knowledge is to be applied.

The reports from the six countries involved present the gains associated with lessons in politics, revealing not only strengths but also weaknesses of politics lessons. The current volume presents the main results of the study.