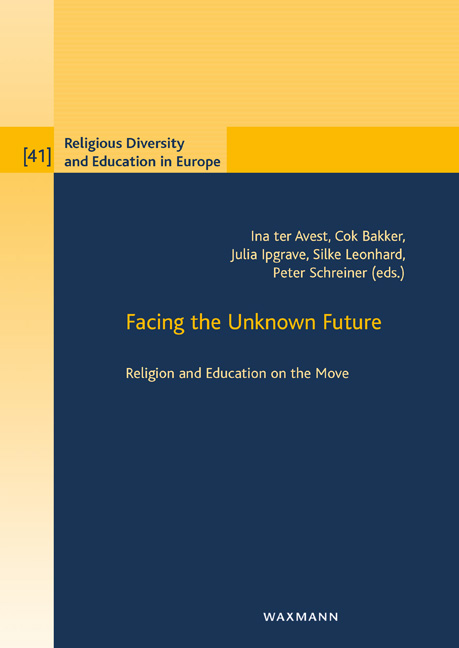 Religion and Education on the Move

During the 20 year history of the European Network for Religious Education through Contextual Approaches (ENRECA), several books have been published on the subject of Religious Education, from sociological, psychological or anthropological perspectives and always in the contextual settings of national educational frameworks and other specific culturally bound phenomena. Also, very often, an international comparative perspective was included. The shared goal was not so much to reflect on religion as such, and on its changing doctrines, institutions and prescriptions, but to try and understand religion in the specific European contexts of secularization and the plurality of life orientations, and to understand how religion becomes manifest in education in a variety of concrete policies and classroom practices, reflecting various social issues.

This volume, marking the 20th anniversary of ENRECA, has a specific focus on the contextual dimension of time.