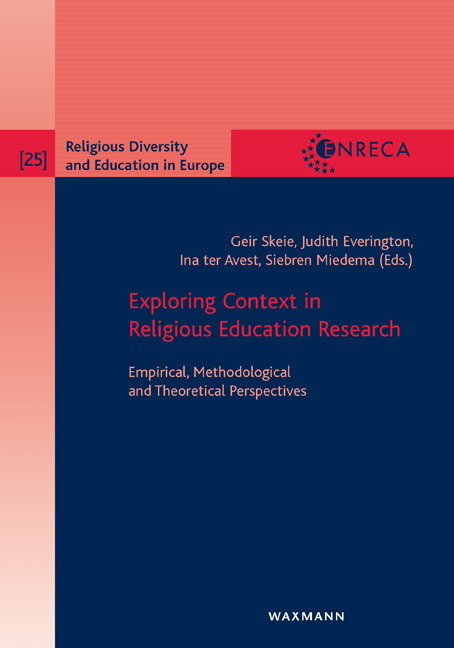 The relevance of contextual perspectives in religious education has been growing for the last decade. It has been central to the European Network for Religious Education through Contextual Approaches (ENRECA) – the research network that has produced the present book. Several members of the network have contributed to the theoretical and empirical development of contextual approaches in different publications, but for the first time this has been the focus of an entire collectively produced volume. The history of the book dates back to research seminars in 2009 and 2010 and is based on the discussions in the seminar. The chapters have been developed through a process of critical examination. Through this process we believe to have produced a coherent and also comprehensively rich book, dealing with the issue of context as a challenge, and also a stimulus to religious education research and practice.
The chapters are presenting both empirical research and scholarly investigation into methodological and theoretical dimensions. Taken together we hope that this book will contribute to the further development of contextual thinking in religious education research. Or aim has not been to answer all questions, but rather to pose questions and to complicate things in order to enrich the academic field of religion in education.