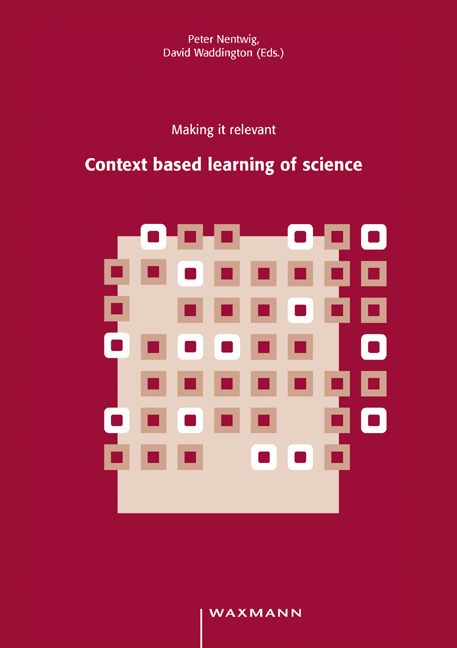 Context based learning of science

'Teaching in context' has become an accepted, and often welcomed, way of teaching science in both primary and secondary schools. The conference organised by IPN and the University of York Science Education Group, Context-based science curricula, drew on the experience of over 40 science educators and 10 projects.

The book is arranged in four parts. Part A consists of two papers, one on situated learning and the other on implementation of new curricula. Part B contains descriptions of five major curricula in different countries, why they were introduced, how they were developed and implemented and evaluation results. Part C gives descriptions of three projects that are of smaller scale and their materials are used as interventions in other more conventional curricula. There is also a contribution on some fundamental research where modules of work are written to examine how best to design context-based curricula. Finally, Part D consist of two chapters, one summarising some of the findings that came out of the chapters in the three earlier parts and the second looks at the future.