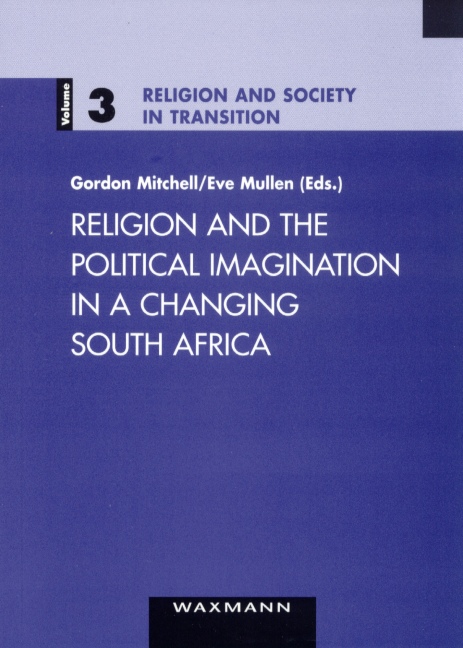 Religion and the Political Imagination in a Changing South Africa

The essays in this collection explore the diverse and sometimes unexpected ways in which religion has shaped political imagination in South Africa over the past two decades. They provide an important contribution to an already vast body of scholarly explanation. With the exception of occasional reference to the role of the South African Council of Churches, studies tend to have a relatively narrow focus, either concentrating on the "great actors" or on economic or political processes.

The current study deliberately sets out to investigate some of the less obvious connections between religion and change. African Religion and the African Independent Churches are generally seen to have played no significant role: at best they helped their members to survive the dehumanising mill of apartheid, at worst they occupied an acquiescent role. By posing new questions of their oral history it becomes possible to appreciate how these marginalised communities were able to develop an alternative political vision. Other unexpected findings are the considerable contribution to civil society of very small religious minorities such as the Islamic, and the subtle ways in which the Dutch Reformed Church's ideological legitimation of apartheid could be undermined from within. A final essay uses the religious geography of Cape Town to illustrate the interplay between continuity and innovation in the changing South African society.