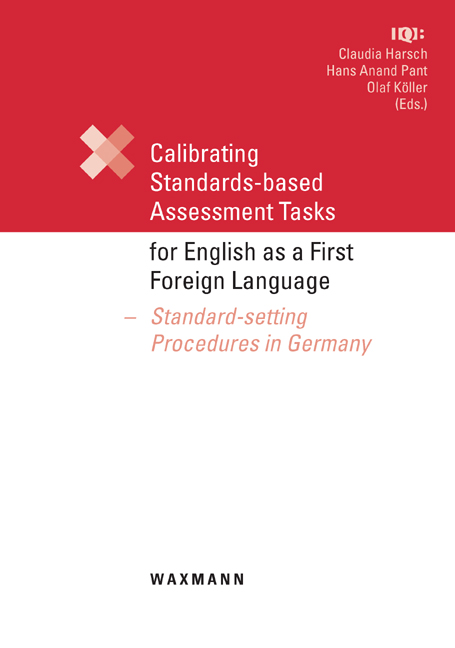 This report is the second in a multi-part technical report series describing the development, calibration and validation of standards-based tests for English as a first foreign language at the Institute for Educational Progress (Institut zur Qualitätsentwicklung im Bildungswesen, IQB) in Berlin, Germany. It details the empirical basis of the calibration of the test item pool and criterion-referenced standard-setting procedures. The aim is to make transparent the decisions, methods and procedures which led to the setting of cut-scores in alignment with the National Educational Standards (NES) (i.e., the Länderübergreifende Bildungsstandards) and the Common European Framework of Reference for Languages (CEF) for English as a first foreign language. Standards were set for the lower secondary school level of Hauptschulabschluss and Mittlerer Bildungsabschluss.

This second report describes the process of relating the standards-based proficiency tests to the CEF levels, delineating the purpose of the tests, the aims of the standard-setting procedures, the rationale of the chosen procedures, and the use of the Manual for Linking Language Examinations to the CEF. This is followed by a detailed description of the two standard-setting methods employed, the Bookmark method and the computer-assisted Criterion Mapping method—developed and implemented by The Berkeley Evaluation and Assessment Research (BEAR) Center, University of California. This volume provides information on how the standard-setting sessions were conducted in collaboration with BEAR Center, and describes procedures, data gathering, and issues and problems which arose during the course of the study. The report concludes with a synthesis of the standard-setting study’s results, and discusses the implications of how these results are reported and presented to stakeholders and policy makers.