Universities in South Africa are a microcosm of society and thus offer grounds for criticism. In 2015, the Rhodes Must Fall student movement emerged, which demanded decolonization. This movement became one of the most important social movements in post-apartheid South Africa. While the student movement was formed to protest against the university, students created a space for transformative learning within the frame of the university. This article examines the ambivalence of the university: on the one hand, as a target of criticism and as a space for experimentation and reflection on society and societal change; and, on the other hand, as a space for emerging collective processes of transformative learning which created alternative knowledge, for instance in respect of decolonization and thus also discrimination, racism and marginalization. 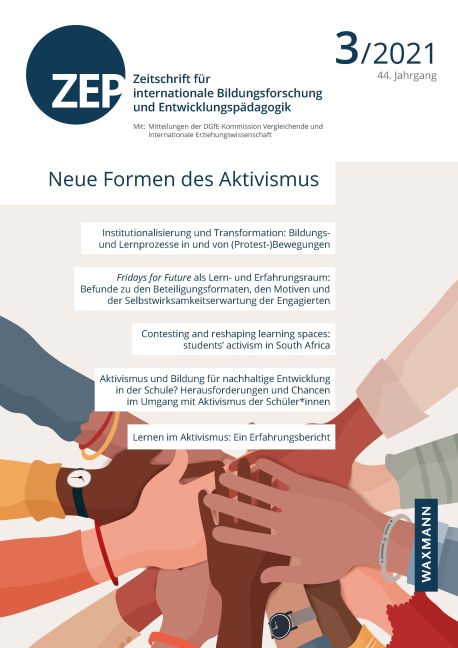