This article addresses the relationship between Global Education and civic education/citizenship education in Germany. Within social-scientific discourses the phenomenon of globalization has long been discussed. Civic education did not integrate these approaches in its discussions. One reason is the more left wing origin of authors who tried to bring it into the discourses. “Mainstream” scientists ignored their positions. On the other side, left wing authors ignored ecological questions and the concept of sustainable development. At the same time a misinterpretation of the rules of the Beutelsbacher Konsens (1. prohibition against overwhelming the learners, 2. treating controversial subjects as controversial, 3. giving weight to the personal interests of learners) impede an integration of Global Education in the field of civic/citizenship education. The article addresses developments of the different discussions and newer openings. 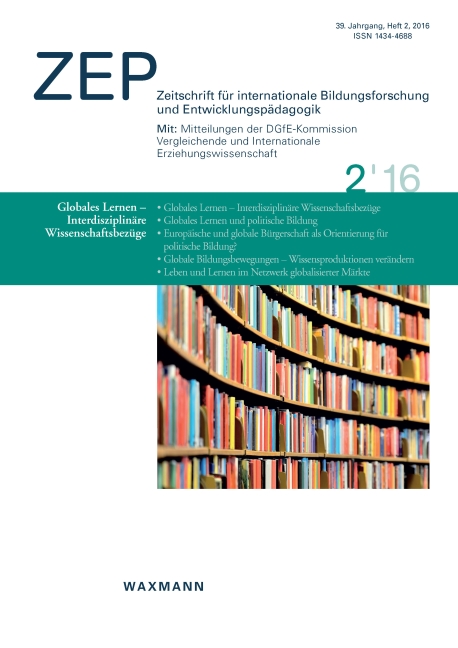