The Israeli kibbutzim – egalitarian and socialist communities within a capitalistic society – especially during the pre-state period, played a major role in agricultural development, land reclamation, border defense and the pioneering of new forms of human settlement. Each member should be involved in the kibbutz according to his capabilities; everybody receives from the kibbutz according to his needs. The program of communal education practiced there until the 1980s is considered the most comprehensively explored educational system worldwide. The most significant characteristic of kibbutz education was the communal sleeping arrangement, i.e. the children slept not in the home of their parents, but with their peers in the children’s houses where nurses (metaplot) took care of them. The collective as a whole felt responsible for the upbringing of the children. That system was regarded as the best prerequisite for preparing them for communal life. This paper, originally written for a Poltava pedagogical journal, describes and analyzes the development and changes of the system of kibbutz education. For ideological reasons the Ukrainian reader in Soviet times had no possibility to become acquainted with the world of the kibbutz. It must not be forgotten that the collective principle of this community is connected to the principle of voluntary participation. In that way life in the kibbutz is fundamentally different from life in the socalled socialist countries. The article presented here is based on the international specialist literature on this topic. In addition, some source materials which in the field of kibbutz research have been unknown up to now could be utilized for the first time. 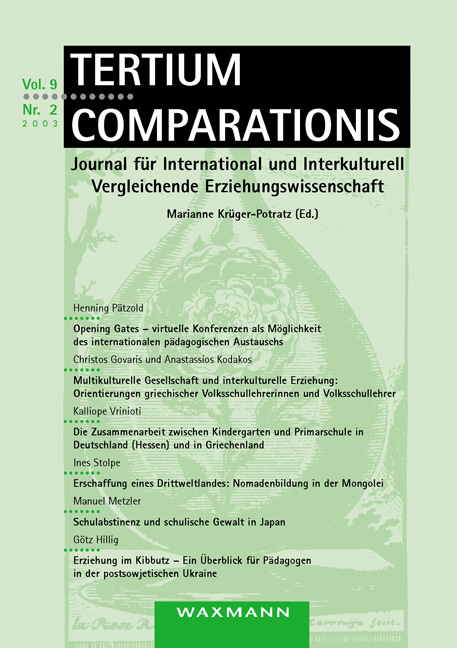