Topical Desiderata Regarding the Systematical Transfer of Knowledge and Its Implementation

Since many years, various parties have expressed the desire to transfer knowledge and to implement innovations, which have already been developed in the school system and have been successfully used. But the realization seems to be very prone to failure. Hence this contribution tries to identify different problem areas with regard to the diverse groups of actors in the school system, which impede the transfer and implementation of knowledge. Thus, it discusses both the lack of incentive structures, which might make this topic area more attractive for scientific studies, and the partial lack of fitting between the scientific, the education political, the education administrative and the practical modes of action. Furthermore, it sheds a critical light on the funding problems of a kind of research on transfer, which wants above all to generate in-depth knowledge and not primarily high-publicity results. The contribution closes with a short classification of the research desiderata und leads over to reports from projects, which have declared transfer to be subject of their research. 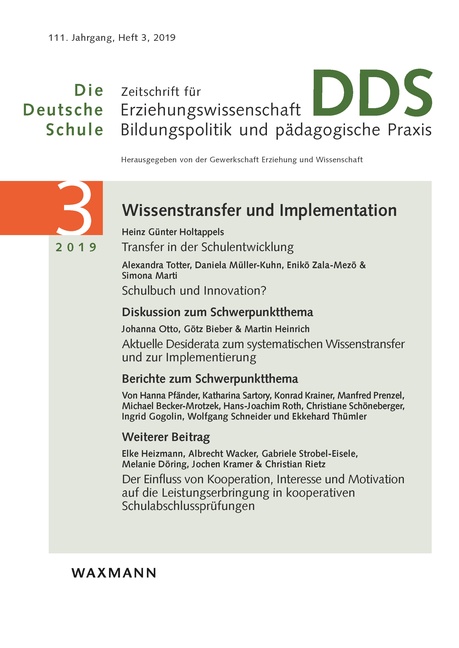