Implications for a Recognition-Sensitive Teacher Training

Prominent criticism of the paradigm of distributive justice, which has dominated the educational justice debate since PISA, points to the particular addressing of students as cognitive achievers, which comes along with this paradigm. At the same time, it raises the hope that this bias of addressing may be overcome by other justice-theoretical approaches. Based on an analysis of Krassimir Stojanov’s theory, this contribution shows however that the focusing on cognitive achievements and the related lack of recognition even pervade recognition-oriented and education-theoretical principles. Subsequently, an exemplary reconstruction of interview data illustrates which severe suffering can be caused on the part of students due to this achievement orientation, which is deeply rooted in the societal mindset, and by the related lack of recognition. Based on the theoretical and empirical findings, the author draws conclusions for teacher education and training. 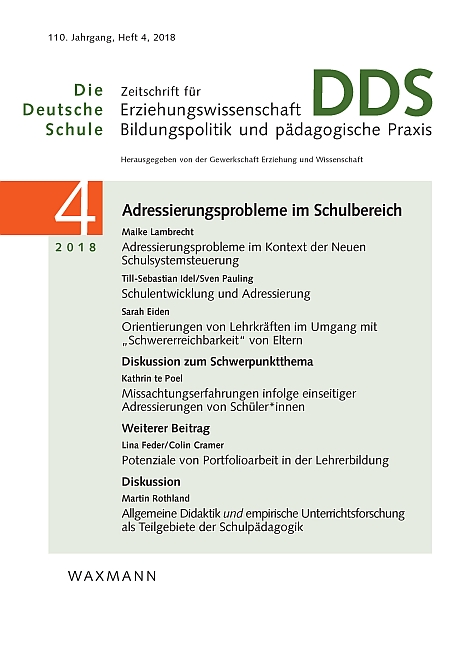