Is It Possible to Learn from the Success of Poland in PISA?

On the background of Michael Sadler’s (one of the pioneers of Comparative Education) early statement saying that the social context has to be respected when elements of an educational system are to be integrated in another one, the paper describes at first the almost continuously growing success of Poland in the international PISA studies 2000 to 2012. The success is confronted with the critical reactions of parts of the Polish society on the one hand and of Polish Educational researchers on the other hand. In the following step the article tries to find out objective plausible reasons of the Polish success. In the light of the introductory reflexions, the question of possible transfer of the identified elements of success is answered in a differentiated manner. 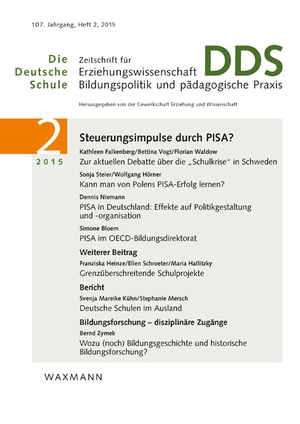