This paper examines discussions of the Holocaust in 465 secondary school social science textbooks (history, civics, and social studies) from 69 countries published between 1970 and 2008. It finds that textbooks from Western countries are more likely to discuss the Holocaust early on, but the rate is increasing in other regions of the world. Moreover, these discussions are increasingly framed in terms of a universal violation of human rights. Today, over half of Holocaust discussions in textbooks use the language of human rights or a crime against humanity. I argue the shift towards more abstract discourse depicting some events as culturally relevant worldwide reflects the construction of a globalized culture and society. 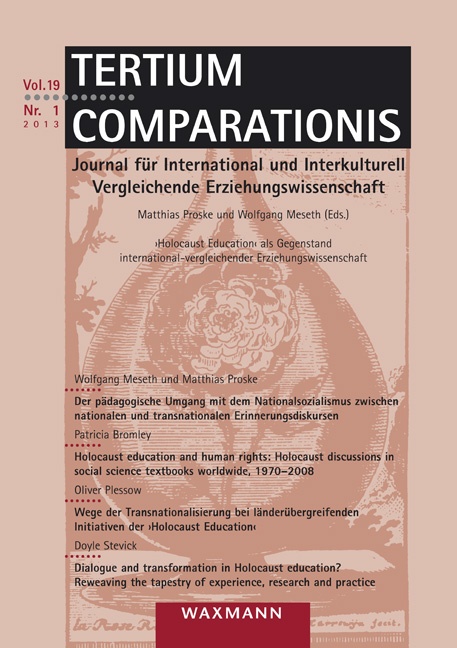