As more and more and increasingly complex economic decisions have to be made, economic education has gained in importance worldwide, especially for young people. However, so far there are hardly any extensive empirical studies on economic education in the compulsory school sector. Therefore, in a pilot study in a region of Eastern China, an instrument developed and surveyed in Austria for economic knowledge and other elements of economic education was culturally adapted for use in a feasibility study. The adaptation of the instruments to the conditions in China as well as the collected data will be presented and interpreted in the article. Furthermore, the results are compared with the Austrian findings and possible ways of improving economic education in the school context of both countries are considered. 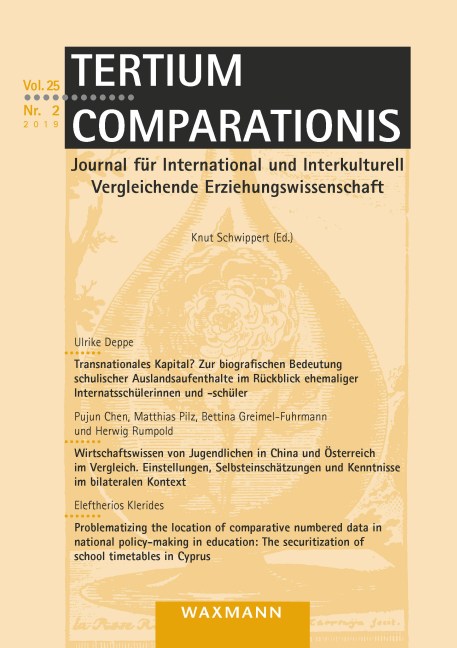