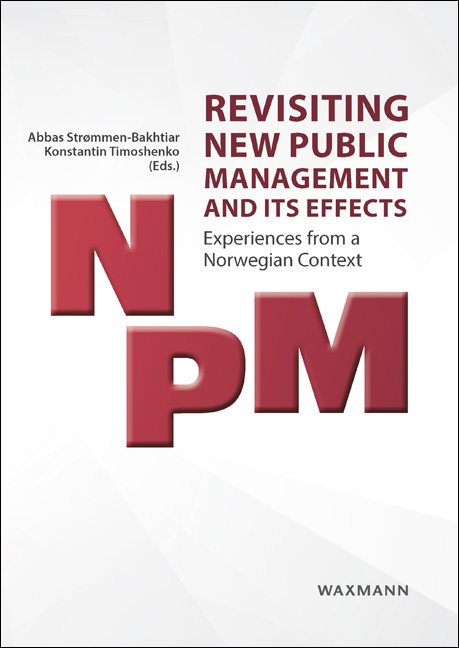 Experiences from a Norwegian Context

Although, over time, numerous articles and books have been published on New Public Management (NPM), it is still being investigated with a sense of great urgency, as its effects, whether positive or negative, have not yet been fully gauged and comprehended. Given the rather controversial nature of the phenomenon of interest, the purpose of this edited volume is to re-invigorate and revisit the ongoing debate on NPM by providing a fresh perspective and novel insights into how NPM-driven changes have been approached and, more importantly, the effects they have produced in the context of Norway.

The current volume comprises seven contributions penned by scholars and experts from all over Norway with a keen interest in NPM. Five of them are geared towards assessing the effects of NPM-style reforms on the Norwegian public healthcare sector in general and nursing in particular, one deals with the impacts of NPM on Norwegian primary and lower secondary education, and one traces the relationship between NPM and the most influential management accounting innovations of the last few decades.

It is our profound hope that the book will trigger fruitful discussions and broaden our understanding of NPM and its effects by providing lessons from the empirical evidence presented in the different chapters. Captivating and instructive, it will be of great interest for all readers keeping an eye on NPM, including but not limited to students and scholars of public administration, practitioners and policymakers.