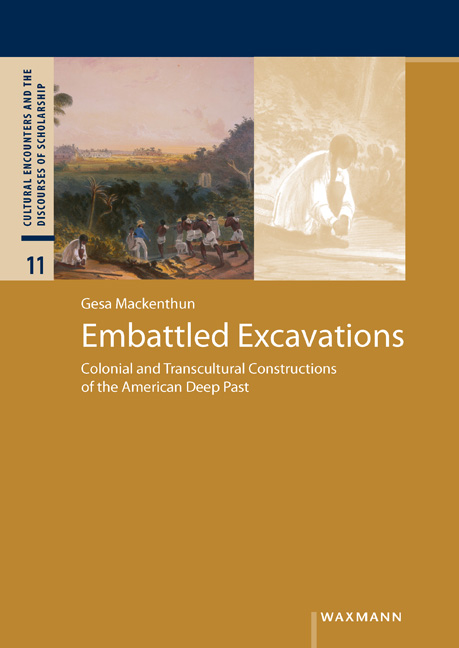 Colonial and Transcultural Constructions of the American Deep Past

American national self-invention is fundamentally entwined with cultural constructions of American “prehistory” – the human presence on the continent since the earliest arrivals at least 16,000 years ago. Embattled Excavations offers exemplary readings of the entanglements between reconstructions of the American deep past and racialist ideologies and legal doctrine, with continental expansionism and Manifest Destiny, and with the epistemic and spiritual crisis about the origins of mankind following nineteenth-century discoveries in the fields of geology and evolutionary biology. It argues, from a decolonial perspective, that popular assumptions about the early history of settlement effectively downplay the length and intensity of the Indigenous presence on the continent. Individual chapters critically investigate modern scientific hypotheses about Pleistocene migrations; they follow in the tracks of imperial and transatlantic adventurers in search of Maya ruins and fossil megafauna; and they triangulate colonial and transcultural reconstructions of the events leading to the formation of Crater Lake (Oregon) with previously ignored Indigenous traditions about the ancient cataclysm. The examples show a deep-seated colonial anxiety about America’s foreign pre-colonial past, evinced by popular archaeology’s nervous silencing of Indigenous knowledge – a condition now subject to revision due to a growing Indigenous presence in the discursive field.