A modern myth for the nation

Teutonic Mythology (1835) by Jacob Grimm is a book that is both influential and highly controversial. On the one hand, it stimulated numerous folkloristic (volkskundlich) thinking styles and initiatives. On the other hand, incorrect deductions led to the problematic interpretations of the ‘Mythological School.’ The ideological basis of the work was criticized and consistently questioned after the Second World War. As a result, folklore studies (Volkskunde) largely abstained from studying mythological theories. New mythological theories have once again made it possible to describe the relevance and modernity of mythological narratives and practices in contemporary everyday life. The interest in myths, pop-cultural mythical worlds and genesis narratives is less the expression of an anti-modernist view and more a reference to the present and the need for syntheses and transcending narratives. This article, therefore, argues for a renewed preoccupation with Grimm’s mythological work which goes beyond the criticism of ideology and takes the history of science into account. It is important to ask how a German mythology is composed and how the new format of knowledge created by Grimm, despite the questionable nature of his theorems, could serve as a new myth for the German nation. At the same time, relying on the central categories of language, mythology, law and customs, Teutonic Mythology can be read as a driving force within the ethnicization of the Germans. 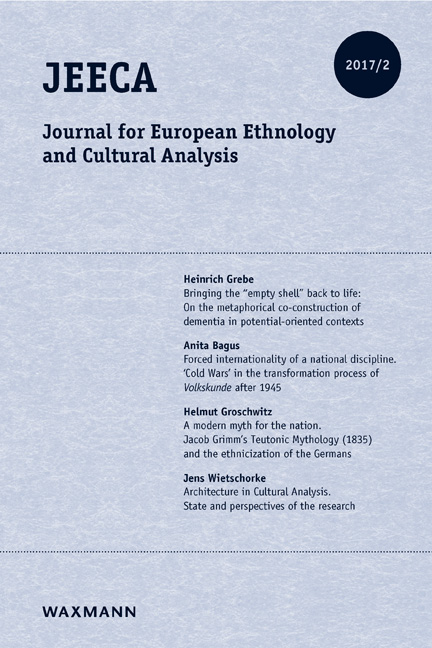