Networks, identity politics, and a narrative of distinction

On the knowledge-historical relations between “völkisch” and Swiss Folklore Studies

Folklore studies in Switzerland are considered to have played the role of a ‘good’ discipline in the existing narratives on the relationship between folklore studies (Volkskunde) and National Socialism. A discipline which is sharply distinguished from ‘völkisch’ folklore studies and which, as a ‘neutral science,’ enabled the entire German-speaking discipline to continue to work after the Second World War. This narrative fails to recognize the possibilities offered by National Socialism to a young discipline and overlooks the close relations between Swiss and Nazi folklorists. Using the example of the network of Richard Wolfram, it is shown how intrinsic scholarly presuppositions, thematic affinities and theoretical concepts led to especially ‘neutral Switzerland’ playing an important role in the revival and ‘rehabilitation’ of representatives of ‘völkisch’ folklore studies. 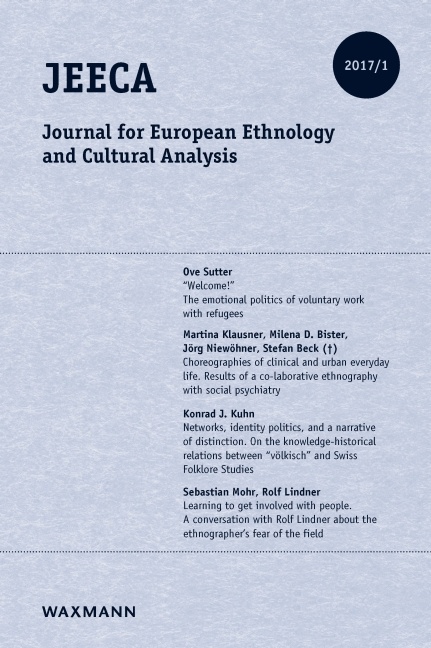