The Journalistic Sketch (1830–1860) as an ethnographical format of knowledge

In the first half of the 19th century – originating in London and Paris – journalistic descriptions of social types and cultural routines became a popular medium for the measurement of ever more diverse societies. This paper examines the social sketch as a format of early social and cultural research. It deals with the genesis of the social sketch in the context of a liberalized press market, sheds light on its stylistic and epistemic versatility, and connects the popularity of this journalistic format and its forms of representation to the recovery of experiential images of society and scientific principles, as well as with politically engaged social research. The social sketches are meaningful products and agents of a consolidating public dialogue based on social and cultural research, which broke away from literary forms and was differentiated within academic disciplines only in the second half of the 19th century. 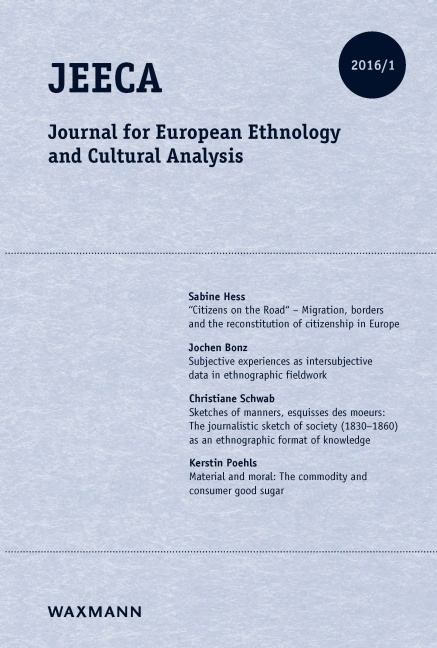