After the end of the ‘grand narratives’, the classical teleology of history and the scientistic belief in progress, emancipation movements also seem to have gradually lost their belief in a fundamental changeability of the world. Current political discourses are dominated by forecasts of the collapse of systems and linguistic figures such as ‘depoliticisation’, ‘post-democracy’ and ‘loss of the future’. With the focus on deconstructive and postcolonial critique of representation, the article poses the question of regaining the future. Education and Bildung will only have been reacting responsible if they open up the structures, habits and orientations handed down in them to the ‘coming’ of the other, foreign, new. In order to make the heterogeneous field of claims of this ‘Come!’ readable, Jacques Derrida and Gayatri Chakravorty Spivak present reflections that represent an alternative to a resigned belief that society cannot be reconfigured and one therefore has to give in into the status quo. 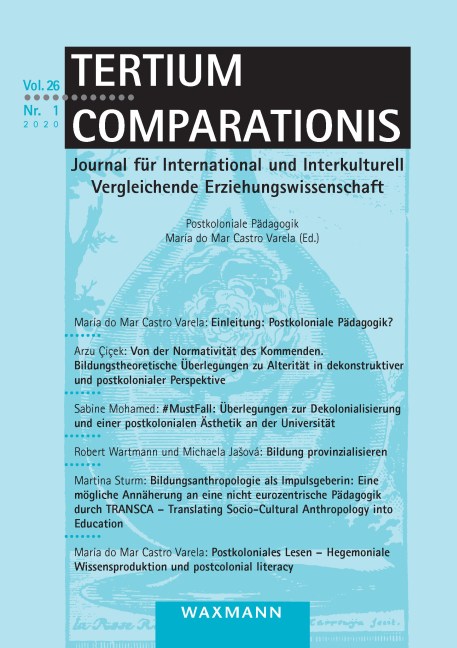