Vietnamese and Syrian refugees in Iceland: Acculturation and integration in society and schools, 1979–2016

The first 56 quota refugees invited by the Icelandic government to settle in Iceland were from Hungary. By 2017, the number of refugees living in Iceland was 704 from different countries in Asia, Africa, Eastem Europe, the Middle East and South America. This paper presents findings about the social, cultural, and educational acculturation process of three Vietnamese refugees' groups and Syrian refugees between 1979-2016 with a special focus on education. lt draws on data from public documents, including reports and media articles and previous research. Although, many refugee experiences are defined by tragedies of war, disasters, and poverty, refugees share many experiences with immigrants, as both groups work to integrate in the host country where the culture and language are foreign to them. Previous research on immigrant youth has found that they were vulnerable to being disadvantaged because oftheir ethnic, cultural, and linguistic differences. The study is grounded in multicultural education and multiculturalism theories. They are inclusive, insisting on valuing diversity and equal opportunity regardless of gender, religion, ethnicity, race, socioeconomic status, or another status. The findings indicate that the refugees have to some extent successfully integrated in Icelandic society. Although some have attended higher education, many struggle educationally at all school levels. The Jack oflcelandic support and enrichment, and social isolation from their Icelandic peers, were expressed as reasons. The research contributes to the research on how refugees acculturate to Icelandic society and their perceptions of how the society has responded to their presence educationally, socially, and linguistically. 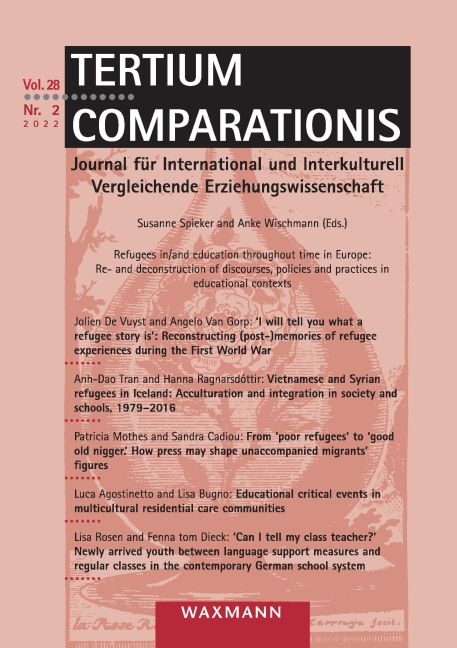