The animal as a perspective for cultural analysis

On the mutual benefit of European ethnology and human-animal studies

The paper deals with the theoretical offers in the field of human-animal studies regarding their benefits for European ethnological research. Human-animal studies explore human-animal relationships as sociocultural phenomena of practical everyday negotiations and deconstruct established concepts of social, cultural and historical research. They think of animals as a heuristic category and focal point for sociocultural, economic and political processes and accentuate the ethical dimension of human-animal relations in historical change. Human-animal studies consider animals not only as objects of research, but rather as a research-guiding perspective. They move them from the periphery to the center of scientific interest. The practice-theoretical, language-analytical, network-theoretical, political and social-analytical approaches presented here are discussed using the example of animal slaughter and economic animal use in the 19th and early 20th century. The analysis of this neglected field of research can provide insights into the processes of overall modernization of working worlds and open up new perspectives on historical cultural analyses. Relating to the theories negotiated in human-animal studies, the article concludes with an outlook on the possibilities of creating a dialogue between European ethnology and ethology. 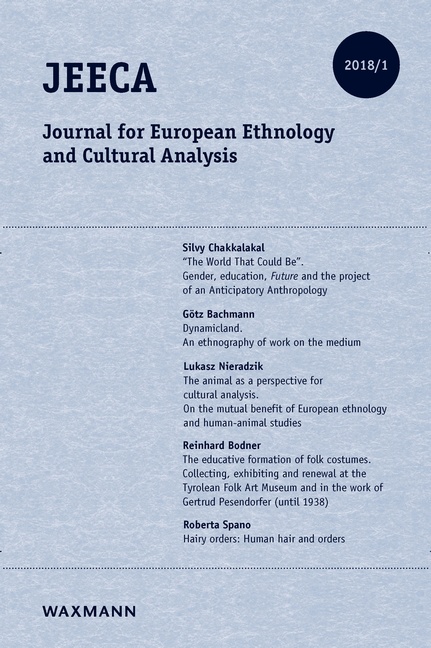