Partnerships between universities and K–121 schools have a long history in the United States. The early partnerships typically involved elite or selective schools that catered to children from affluent households or children of academics. In the past few decades, a third wave of university schools has opened. These schools have a social justice and equity focus and are intended to provide quality educational experiences to children from low-income backgrounds and children from groups underrepresented in tertiary education. The California College Preparatory Academy (CAL Prep) is a member of this third wave and one of several school-university partnerships involving University of California campuses. CAL Prep opened in 2005 and is an ongoing partnership involving Aspire Pubic Schools and the University of California, Berkeley. This article provides a description of CAL Prep, and an overview of the circumstances that led to CAL Prep’s formation. The partnership structures, which contributed to the longevity of the partnership, are also described. 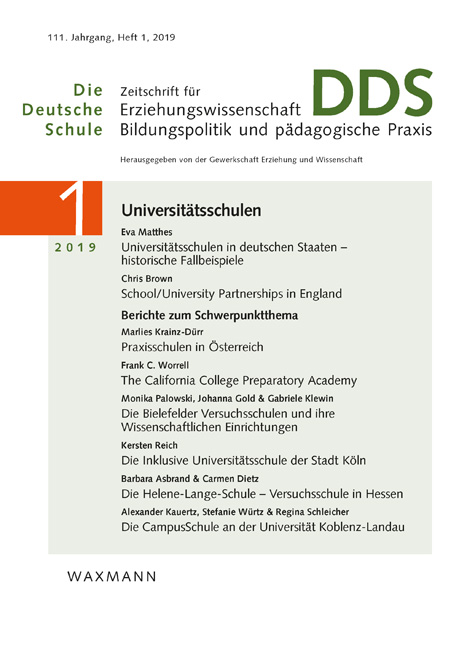