Aspasia Schoenwald from Smyrna and the spaces of a transnational biography

Based on a historical stock of letters, the project presented in this article is concerned with a dual biography: that of a woman and that of a city. In particular, it focuses on the lifeworld of Aspasia Schoenwald, who was born in Ottoman Smyrna in 1891. Her story is unthinkable without the Levantine city on the Mediterranean Sea and its cosmopolitan lifestyle. The source material mainly dates back to the 1910s. By finding constellations and horizons of meaning from the perspective of a historical cultural analysis, a widely interconnected, transnational past can be made visible on the example of this dual biography. In her letters and parcels to Wilhelm Boeck in Munich, Aspa creates a Third Space (Soja 1996), in which agents, lifestyles, practices, and ideas are connected across geopolitical and social boundaries. This cosmopolitan space of communication, which was even maintained during the Great War, points to links and aspects in this transnational space that have been forgotten in the present. And yet, it is these historical relations that are indicative of contacts, shared knowledge, and translations and that may have implications for a new way to think about the future of Europe. 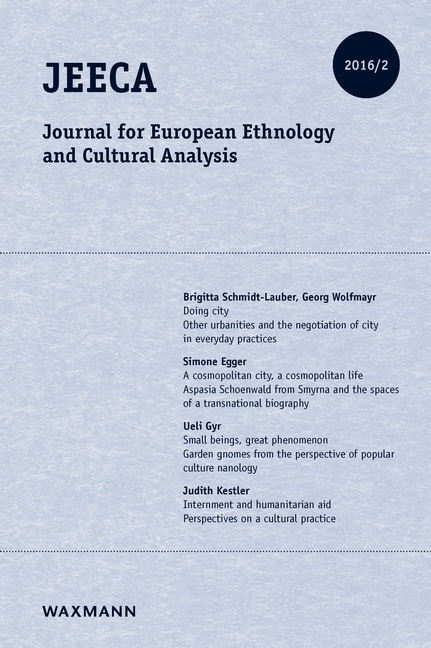