Forced Internationality of a National Discipline

The article discusses internationalization processes of Volkskunde / Folklore studies after 1945 in the interdependent tension of political constellations, agencies promoting science and developments of the discipline. The approach to the complex desideratum of international historiography of the discipline is based here on a specifically German-German perspective in the context of the Cold War. The access of “forced internationality” captures the double bind: the self-mobilization of the national specialists and external contacts with the international scientific community. The search for a transnational disciplinary identity with a standardized nomenclature as well as methodological and theoretical standards is less affected by the competition between two rival political systems during the Cold War than by innerdisciplinary discrepancies between the various traditions of folklore studies, ethnology or cultural anthropology. The consequences are divergent engagements in the common struggle for an international epistemic community. The ways how this is demonstrated range from the respective national presence or non-presence on international stages, the participation or nonparticipation in internationalization processes through to the active non-perception of transnational and interdisciplinary communication spaces. 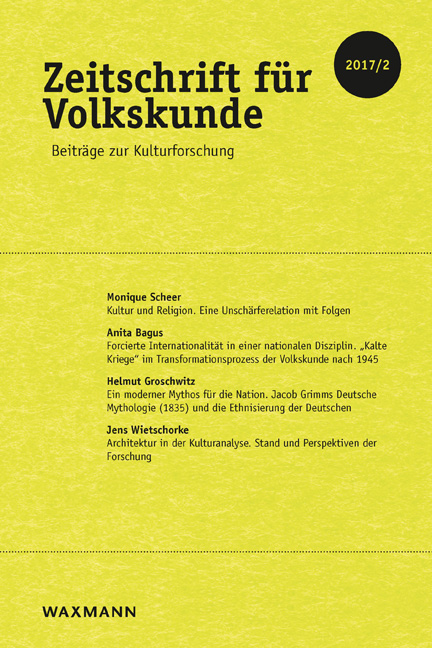