To test the usability of bibliometric databases for the evaluation of psychological and educational research, the number of publications and the h-Index of 453 professors of psychology and 358 professors of educational science from Bavaria, Berlin, North Rhine-Westphalia, Saxony and from Austria were acquired from the databases Scopus and Google Scholar. Web of Science did not allow to identify the majority of professors and was thus excluded. In Scopus, the professors of educational science were identified less frequently than the professors of psychology; in Google Scholar such differences could not be detected. The mean number of publications and the mean h-Index for psychology were higher than those for educational science; these differences appeared much more obvious in Scopus. In spite of large mean differences between the databases, high correlations could be found (rnumber=.54, rh=.69). These results document the essential differences in publishing between the two academic fields and the usability of Google Scholar (after checking author assignment) for bibliometric analyses. Comparisons across databases have to consider their mean differences. 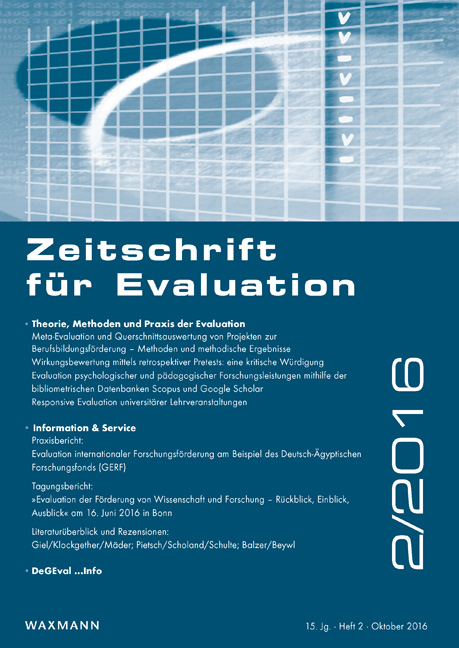