The text „De re scholastica Anglica cum Germanica comparata“ (English and German school education compared) published 1795−1798 by the Saxonian grammar school principal Friederich August Hecht is the first treatise in comparative education. Its central approach is a comparative analysis of English and German textbooks for Latin and Grammar Schools. From German secondary literature Hecht additionally receives information on characteristics of school organization, curricula and teaching methodology in English Public Schools, like Westminster or Eton, and interprets these aspects under the perspective of his own practical experiences in a German grammar school. For transnationality − today for example spelled out in the concept of transnational educational spaces − Hecht sees in the education of his time three dimensions: The influence on educational policies by transnational royal families, the importance of Latin as the transeuropean medium of communication among learned humanists and scientists, and the persistence of the tradition of the humanist curriculum. Premodern Europe had nations and states, but it did not yet know nation states. For Hecht the Germans are still a nation in the ancient meaning, but the English are on the way to or are already a state nation and England is a nation state. Thus comparative education starts with the essay of Hecht in a socialhistorical situation when the old transnational order of nations and states is being transformed into the new international order of nation states. 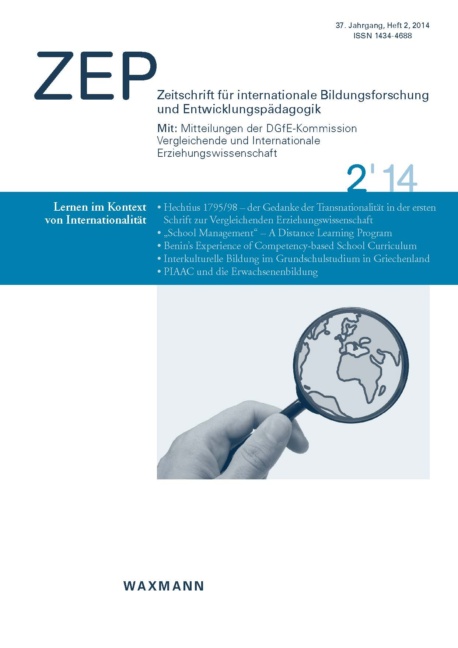