Performing Memories. Commemorative Practices between Politics of History and Popular Culture on the Example of the Czech Republic

All over Europe and especially in the countries of the former Eastern Bloc, an increasing differentiation, pluralization and democratization of collective memories takes place, which are rather characterized by opposing attitudes and practices than by coherent, homogeneous historical narratives and discourses. The different interpretations of the past of competing groups of actors are not only negotiated in controversial debates on identity policy, but also increasingly in contexts of popular culture marked by commercialization and eventisation. This paper is intended to show at the example of historical anniversaries in the Czech Republic how due to these strategies of profanation (Verallt_glichungsstrategien), which transfer the memory discourses by entertaining communication media, products of popular culture and performative practices into everyday life worlds, meanings are inscribed in the public memory space. This doing memory & identity ‘from below’ can contribute to a dehierarchicalization and democratization of the ‘elite project memory culture’ and could in the future affect prozesses of denationalization and thus the construction of post-national identities. 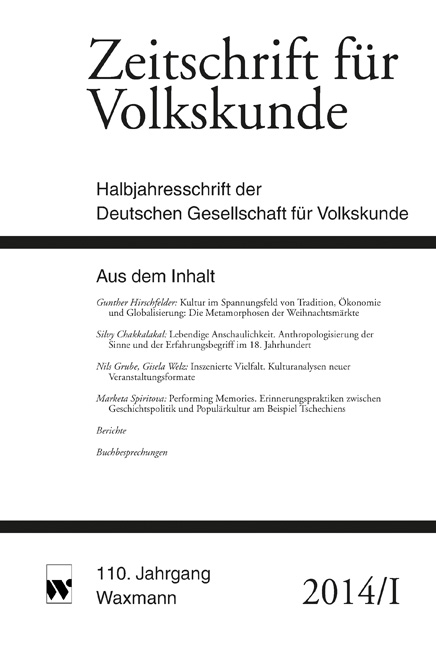