The paper deals with social inequality in access to higher education. While social selectivity in the transition rates from upper secondary to tertiary education has been found to increase over cohorts, the paper describes how this can be related to institutional changes in the German secondary educational system that evolved since the 1970s. It is argued that extended opportunities, which have been created in the general and vocational education system, have led more students from disadvantaged social background into upper secondary education. Since during this period the upper secondary degree has developed into a more universal degree, which became a prerequisite for many training programmes in the non-academic sector as well, the increasing selectivity in the transition to higher education can be ascribed to compositional changes in the population of upper secondary graduates from disadvantaged social origin. 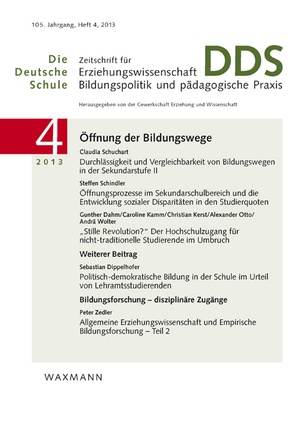