“Worse than leaving: slowly being broken within the RAF.” Narrative Identity and Alterity Constructions by Former Members of Left Terrorist Groups

By means of the anthropological analysis of consciousness the narratives of exit of left terrorist actors can be examined with regard to the knowledge and interpretation systems that in this milieu of West Germany in the late 20th Century were intersubjectively valid and determined the collective identity of their members. Central concepts such as political identity, fidelity, loyalty, faith and betrayal provide insight into the prevailing system of values and the derived discourse and behavioral practices. The focus on alterity (s) allows to deconstruct the stereotypical image of “the” terrorists (as “the others”): Analyzing two exemplary autobiographical narratives (by Volker Speitel and Hans-Joachim Klein), the tensions within the various terrorist groups become as obvious as personal changes and experiences of becoming different of individual actors. These two narratives of exit manifest the often thematized border and conflict situations to a special degree. 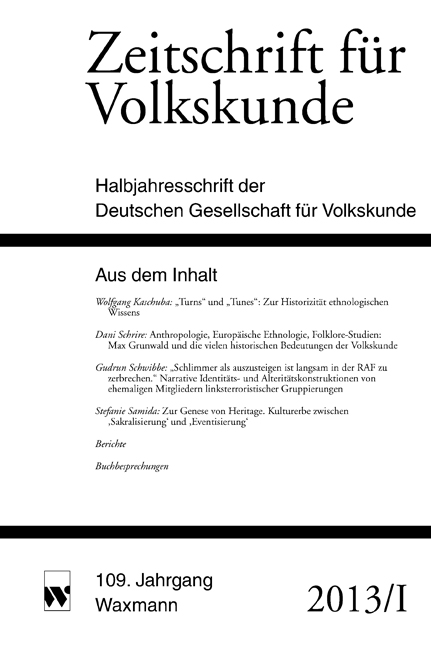