The National Reports on Education in Germany have introduced the concept of a “transition system” as a third sector of the German system of vocational education and training (in addition to the apprenticeship system and vocational training in schools) into the German debate. The plausibility of the concept is tested by using data from a longitudinal study on school to work transitions; the consequences of the concept for current reform initiatives are examined. The conclusion is that a view of the transition system as an intermediate waiting room between general education and vocational training is neglecting the differences between different types of tracks of the transition system and the general education function of some of these courses that compensate for a high level of selectivity in the German system of general education. The shortcomings of this view of the transition system as an intermediate waiting room characterise current reform initiatives. 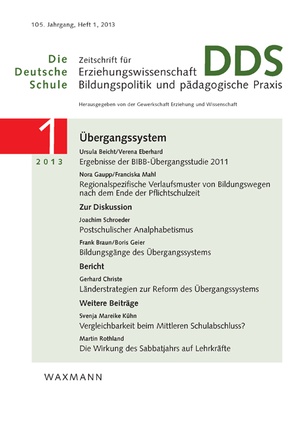