The article deals with the production of knowledge in field sciences using the example of archeology. From the perspective of anthropological science studies it focuses on the practices and interactions, in which archaeological knowledge is produced. It shows inter alia the importance of technologies and tools, so that the emergence of new hybrid compounds between human and nonhuman actors can be assumed. Archaeological interpretation practices are analyzed at the example of archaeological explanatory models of ethnic identification and related concepts of culture. Scientific knowledge production can no longer be considered as an objective documentation of a positive observation, which is then interpreted, as conventional concepts postulate. These notions of a dichotomy are replaced by a model of circulating reference: validity is only produced by reference to previous inscriptions. The analysis of knowledge production in field sciences shows that they indeed resemble laboratory sciences as far as they attempt to create a laboratory-like situation by structuring. However, in field sciences valid knowledge is not won by reproducibility, as laboratory experiments suggest, but by the physical presence of the researcher in the field.
Keywords: science studies, knowledge production, field sciences, culture concept, ethnic groupings 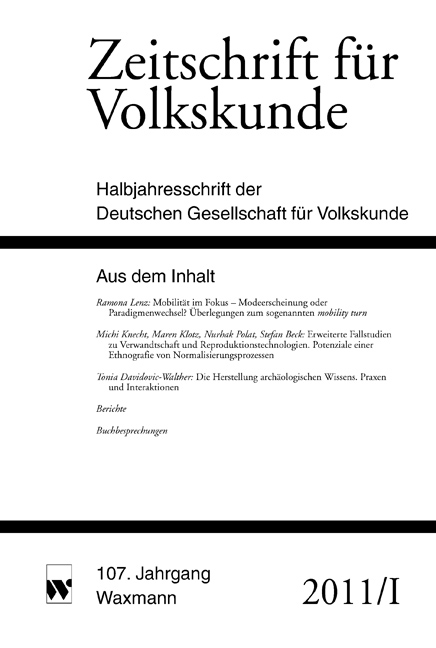