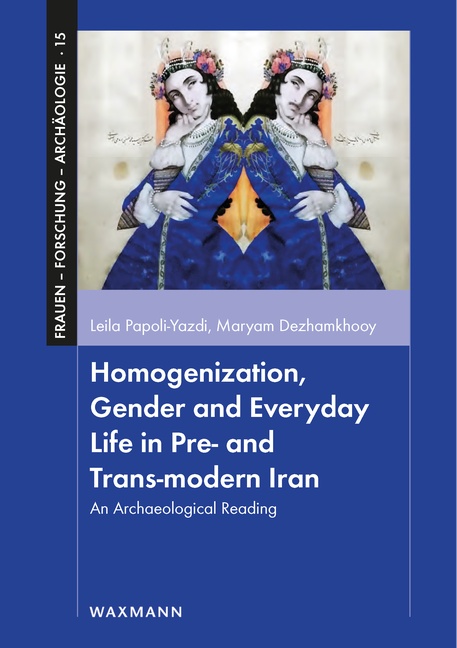 Homogenization, Gender and Everyday Life in Pre- and Trans-modern Iran

Homogenization, Gender and Everyday Life in Pre- and Trans-modern Iran: An Archaeological Reading is actually an effort to investigate the interaction of power structure and gender in the context of everyday life in Iran in the 19th and early 20th centuries. The book pursues two main goals: situating gender in Iranian archaeology and calling for more consideration to daily life in archaeological gender researches. Drawing on a wide range of material culture, textual evidence, statistics and oral accounts, all chapters render the destruction of the everyday life of ordinary people. Events like parties and ceremonies, marriage and kinship, sexual practices, dress codes and even eating and drinking were gently regulated by the surveillance state. Accordingly, the term homogenization in the book's title refers to the policies of the Pahlavi government, the first Iranian modern centralized state. In this way, the book seeks to understand the process of gender and sexual transformation of Iranian society, the process which resulted in the production of deviants and negative gender and sexual lives.

Being the first archaeological research on gender by native archaeologists, the authors state the fact that this book investigates the politics of gender while many other aspects of gender remain still uninvestigated.