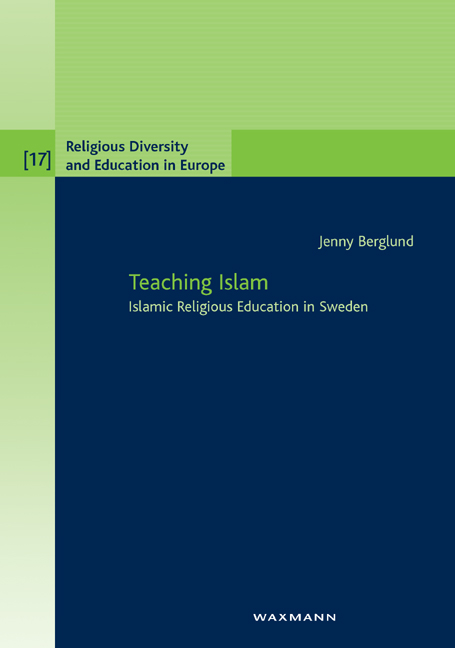 Islamic religious education is an important topic in European debates about religion, education and social cohesion. This timely study explores the formulation of Islamic Religious Education (IRE) at three Swedish Muslim schools that offer extracurricular IRE from one to three hours per week. Its aim is to contribute knowledge of how IRE is formed as a confessional school subject within the framework and under the jurisdiction of the Swedish school system. Here findings indicate that IRE functions to infuse pupils with a sense of connectedness to both the common Islamic tradition and Swedish society—and attempts to confirm connections between these two entities as well.

Although observations and teacher interviews showed that the general content of all three classrooms was fundamentally the same, specific variations were also clearly evident. These variations concerned the Qur'an and how its verses were taught, Islamic history and how its narratives were used, and Islamic song and how its genres were selected. In practical terms, this means that each school’s pupils received a somewhat different interpretation of Islam and slightly different answers to both local and global questions.